In case you don’t know, I love “adventure shopping.” Well, you probably don’t quite know what I mean by that, but basically, my version of “adventure shopping” is going to a place like Marshall’s, Home Goods, or TJ Maxx to see what sort of random foodie finds I can discover lurking on their shelves. I have found that places like these seem to always have the coolest raw, vegan and/or gluten-free snacks that I have seen on websites like Vegan Essentials for a lot more dough than these stores sell them for. I haven’t gone adventure shopping in a long time, so when I had an hour or so to kill Thursday afternoon, I decided to hit up a Homegoods/TJ Maxx combo store to see what they had by way of fun food. Admittedly, the selection this time around was incredible, and I went home with a ton of awesome purchases! Here’s what I picked up:

First, I spotted this Earthling Organics raw granola that I actually have purchased before online. Of course, it was still pricey, but it was four dollars less than what I paid for it before! 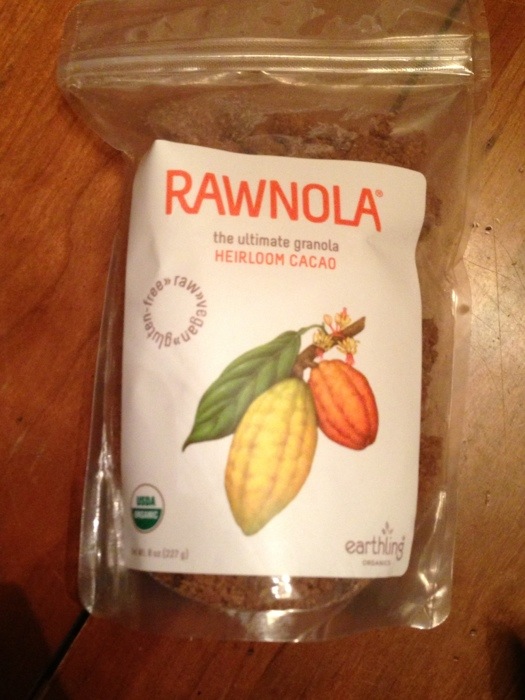 I also picked up five boxes of these Brad’s raw, vegan kale chips!  These are small, single-serve sized packages which are great for bringing to work.  I bought three flavors:  Naked, Pina-kale-ada, and Vampire Killer.  I was so happy to have found these since these kale chips taste awesome and are way more expensive at Whole Foods. 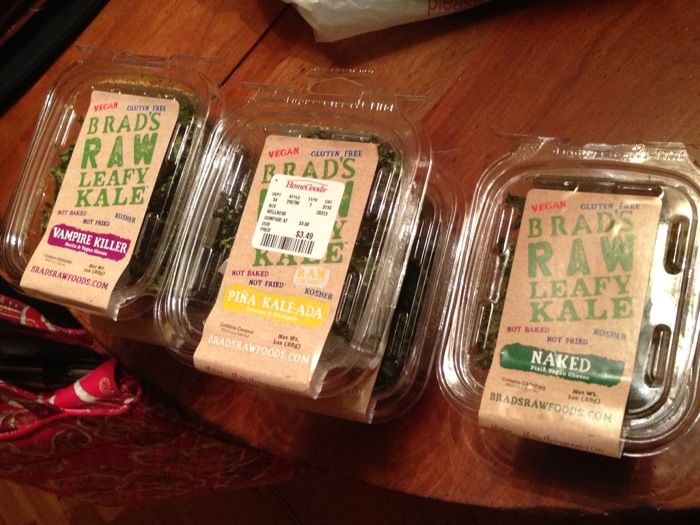 I purchased this mix of sprouted, seasoned sunflower and pumpkin seeds as well as these pumpkin chips (ingredients being pumpkin, rice bran oil, and sea salt only!). 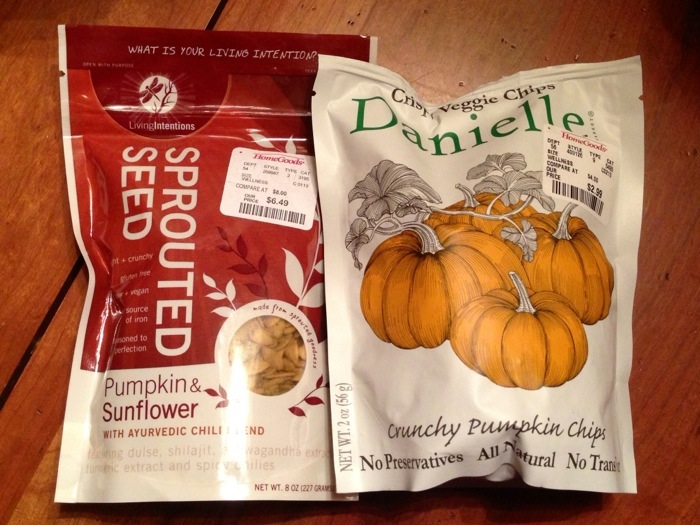 I have bought these Next Organics chocolate-covered nuts before but again, for at least a few dollars more per bag.  I can’t wait to eat these for dessert! 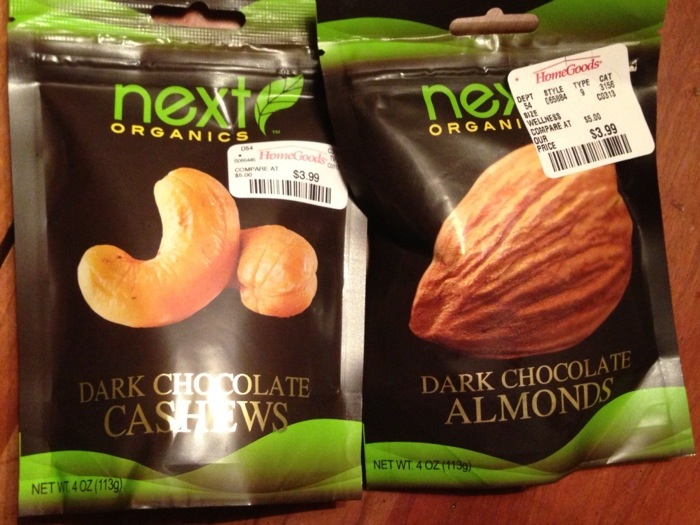 This bag of dark chocolate cashew crunch practically leaped into my basket.  I adore cashews, so finding chocolatey cashew clusters that are vegan and gluten-free was sort of an amazing score! 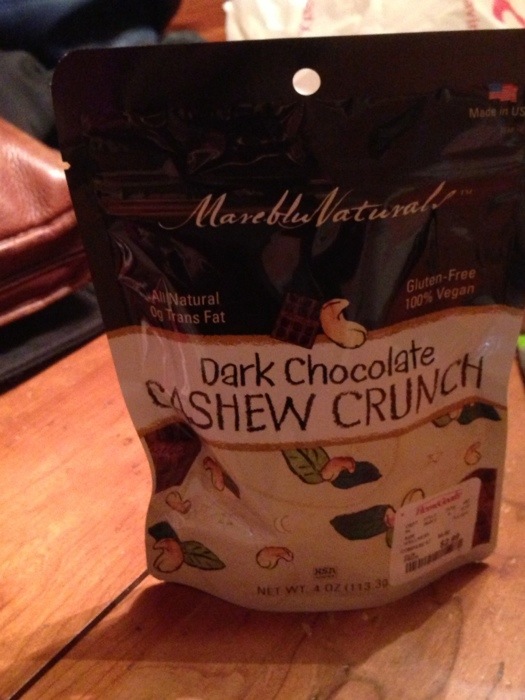 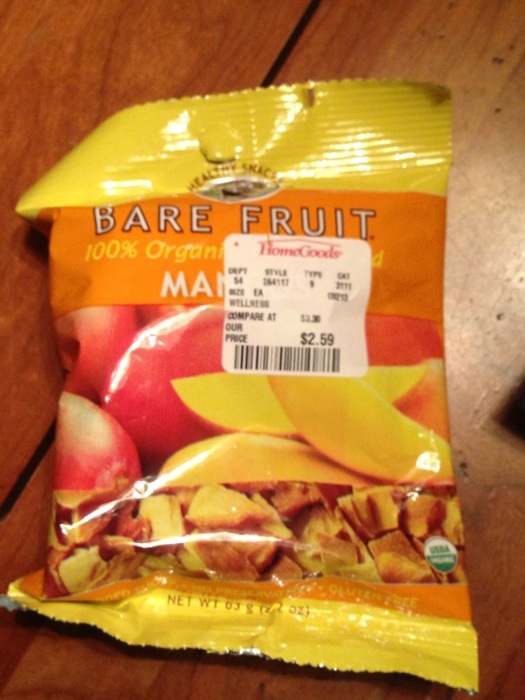 as did this granola!  I just finished a bag of Oats granola a week or so ago, which I bought from Whole Foods for at least three or four dollars more.  I thought this was definitely the best deal of the day, as it was only three bucks! 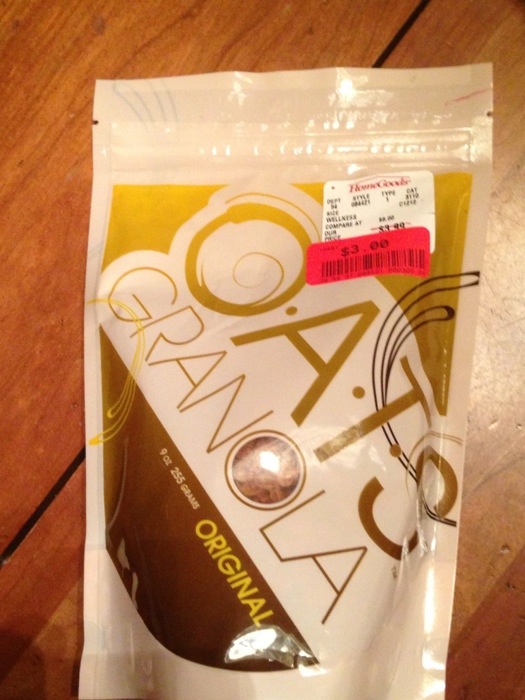 I think I did pretty good, don’t you?  In fact, I plan on going to another Home Goods soon so I can see if there’s any other vegan and gluten-free foodie steals!

4 Responses to "It’s Been A While (Since I’ve Adventure Shopped!)"