Rhode Island is obviously a tiny state– it takes no longer than an hour to drive from one end of the state to the other. Still, it’s a classic Rhode Island thing to think any drive more than fifteen minutes is “way too far,” hence the reason why most of the restaurants my husband and I frequent are in the Providence area. However, since we had a party to go to out in Narragansett (a gorgeous coastal town in southern Rhode Island) this past Memorial Day weekend, we vowed to have dinner at a new-to-us Narragansett restaurant, if only to take advantage of the fact we were in an area we hardly go to!

It didn’t take much research to figure out Trio was the place to go in Narragansett. Trio is what I would describe as a “nice” restaurant– not too fancy but certainly not totally casual. It features a variety of favorites, including pastas, seafood, steaks, grilled pizzas, salads and burgers. What I liked about Trio off the bat is I noticed that they had a special vegetarian and gluten-free menu online. 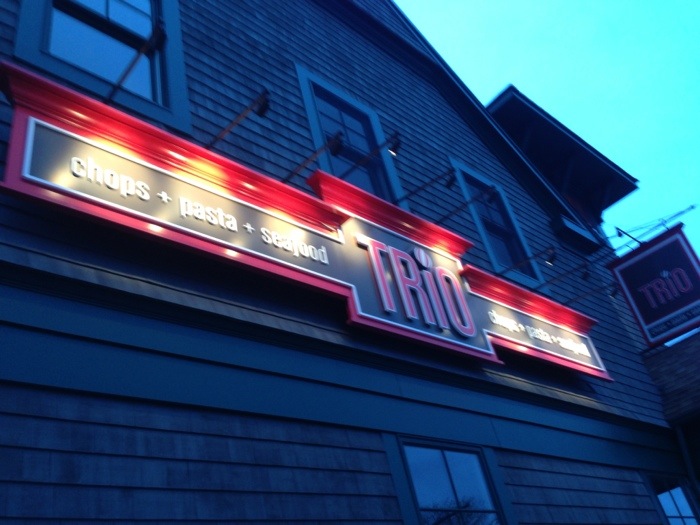 Unfortunately, their online menus are not updated because the two items I wanted to get (penne with pink vodka sauce and their “harvest” salad) were not on their actual menu. Still, I got over the initial disappointment pretty quickly since there are still plenty of vegetarian options.

My husband and I ordered a mix of small plates and apps to come out all at once for our meals. Our pleasant waitress took our order and promised a basket of bread and butter to come out soon.

I am not exaggerating when I say our entire order came out in less than five minutes. In fact, we were shocked and kind of disappointed everything came out so fast! They brought us our food before our bread was brought to the table! In all honesty, we felt kind of rushed.

I ordered a side of macaroni and cheese which was very tasty. The sauce was perfectly seasoned and the pasta was nicely al dente. 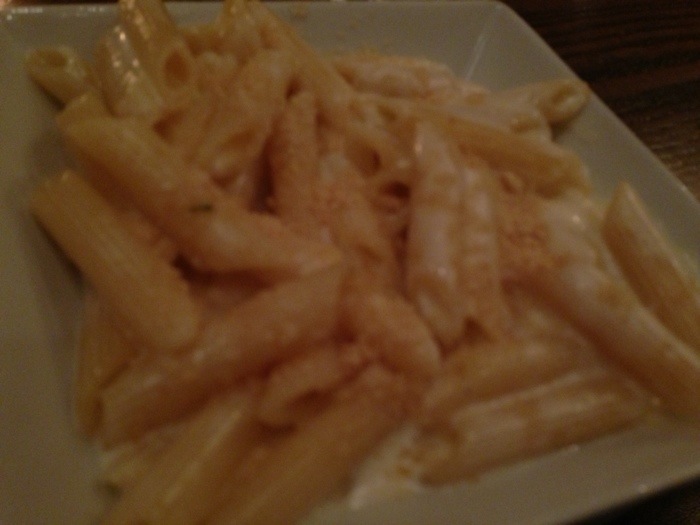 I also ordered their heirloom tomato and mozzarella salad.  The tomatoes were flavorless and mushy, and the scarcity of balsamic dressing almost made me ask for more.  Unfortunately, the whole salad lacked in flavor. 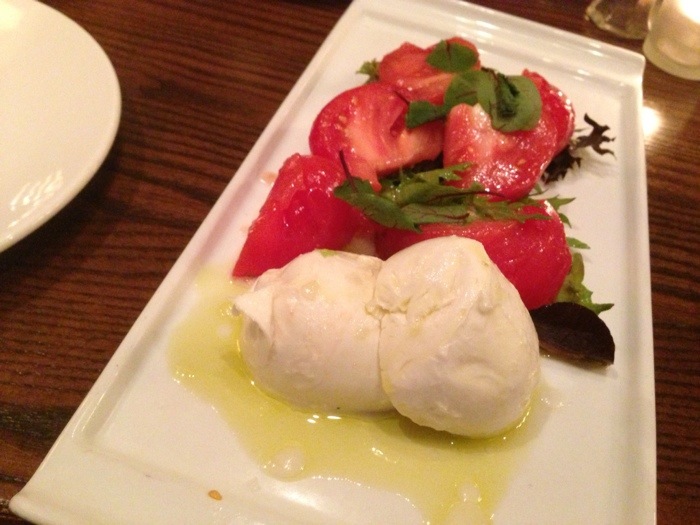 The fries were good, but a little overcooked. 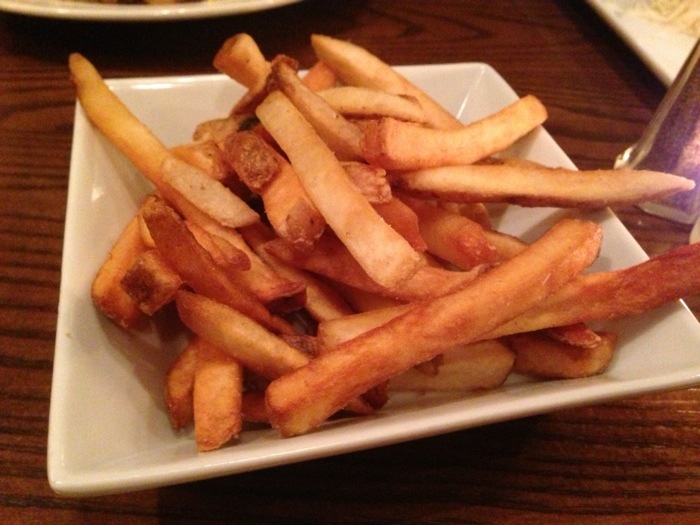 I also had a preconceived notion of what I would order for dessert given the online menu, but the actual dessert menu was different from the online menu.  I ended up ordering their chocolate brownie with peanut butter ganache and salted caramel gelato. 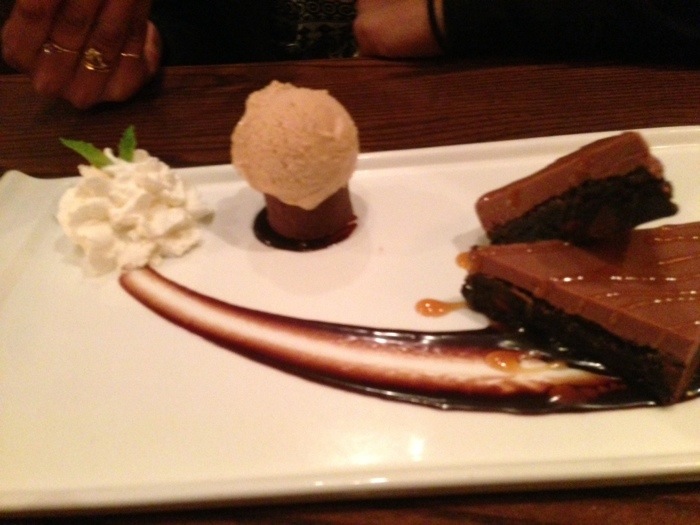 The presentation was great– I tried to eat the three components of the dish (the whipped cream, gelato, and brownie) all at once with three spoons. . . 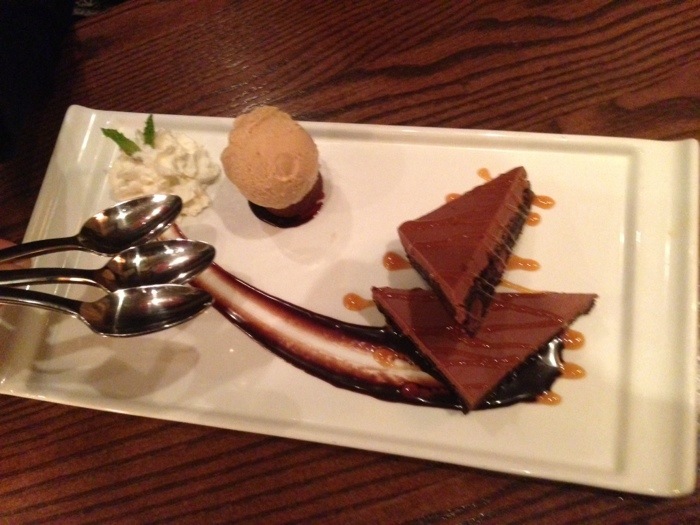 It didn’t work out so well though. . . anyway, I have to say the brownie was excellent, but the tiny gelato scoop was almost insulting to my ice-cream loving ways!  It was equal to about two spoonful of ice cream, which is totally not enough or the sizeable brownie.  I always like to eat a bite of brownie topped with some ice cream, but as you can probably guess, I ran out of ice cream way before the brownie was done!  I loved the peanut butter ganache on the brownie, but wish it was warmed up a bit.

Despite what seems like a less than stellar review, I would be more than happy to go back to Trio soon.  I just think I need to try other items on the menu, like their black bean burger, which sounded delicious!

Do you like when restaurants serve your food super fast?

I guess it depends on how hungry you are, but in this case, it felt like our dining experience was cut too short.